Importance of the Side Mirror 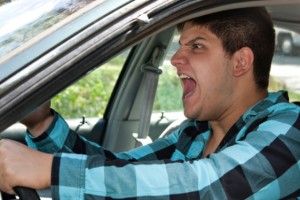 When I speak with people about my job as a driving instructor with Young Drivers of Canada they often say they aren’t patient enough to teach someone how to drive. I guess my demeanor is regularly calm enough to do this. I am a patient person by nature. I guess you would have to be patient if you teach someone to drive, but I’m also patient enough to coach 6 year olds in soccer, baseball and be a leader in Scouts Canada for the same age group. Part that keeps me patient is knowing what to expect from those I’m with. Are you a patient person by nature?

Many drivers seem to lose their patience while in traffic. What has caused them to act this way? Are they late for their appointment or job? Did they have a bad day and are taking it out on others? Or perhaps they just don’t seem to wantto remain patient? I guess only they would know the answers to those questions. Being patient in traffic not only helps you keep your blood pressure down, but also helps you make more logical choices while behind the wheel.

If you want to remain patient while driving, here are some tips. Leave early enough to reach your destination so if something slows you down, you’ll still be on time. Keep the weather in mind when planning and also time of day. Rush hour is never a good time to make a short trip, so if you can, use an alternate route that may be less congested or change the time of day you’re making that trip.

Another thing to remember is the other drivers aren’t doing things to annoy you on purpose. When I was a judge on Canada’s Worst Driver during season one, we had a participant who actually believed drivers were annoying him intentionally. Once he realized the drivers who were also on the show were bad enough on their own without trying to annoy people on purpose, he took a different thought to the actions of other road users. This helped to calm him down while driving. He realized he didn’t need to take their driving ability personally.

To remain calm and patient while driving take a deep breath and relax. You’ll still get there, but you can’t go any faster than the traffic around you. And even if you did get there sooner, it’s only a matter of a couple of minutes. Is that worth the stress you put yourself in? Typically, when we feel stressed we tend to replay what caused that stress in our mind. This only adds to that stress behind the wheel. Let it go. Ranting about what causes your stress just gets you all worked up again.

The best way to remain calm and patient while driving is not to let it build up inside you. Don’t sweat the little stuff. If you let those little things float away, the larger issues won’t seem so big. This way you’ll be able to stay calm while driving and make those logical choices. Each day take a moment when you’re relaxed and calm to think about why those little things shouldn’t bother you and think about ways you can stay relaxed and patient while driving. You have so much to gain while staying patient behind the wheel and so much to lose if you don’t, but it’s up to you to make these changes.